Parker Love Bowling: “Being in a Tarantino film has been a dream since I was six” 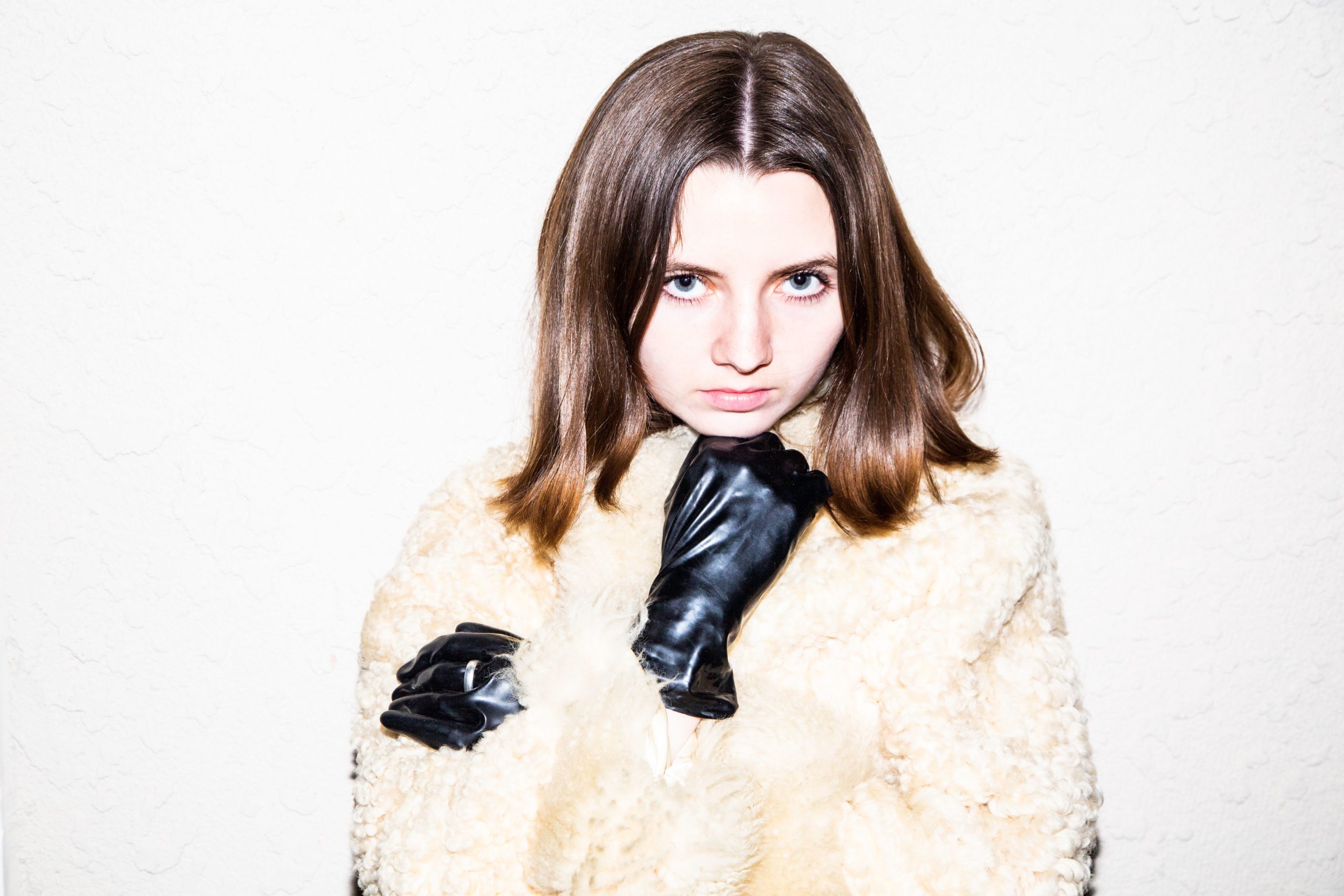 Parker Love Bowling is a creative who holds the type of innocence and danger one would need to convincingly play confidante of the Manson Family, nevermind an actual member. As it turns out, she’s played a Manson-girl twice, once for Canadian TV, and most recently in the latest Quentin Tarantino film, ‘Once Upon A Time In Hollywood’. An actress interested in originality, she also happens to be a ferocious poet and documentary filmmaker in her own right. We chat to discuss her work as a writer and director, her family upbringing, the ‘Me Too’ movement, as well as what it’s like to work with Quentin Tarantino.

Firstly, the current topic of the times – Corona lockdown; what’s life like for you during all this?

I’m currently staying in Topanga Canyon so I’m fairly isolated where I am. I’m spending my time baking, watching Ken Russell movies, reading, writing, and editing. I’ve been in quarantine with my dog, Townes, and she definitely relieves a lot of my stress. My boyfriend is with us also, so I have plenty of company.

As your an actress, I suppose now is a good time to indulge in film?

How does this situation impact you as a creative?

Thankfully, I have a lot of writing and editing to catch up on. I’m a homebody anyway, so I don’t mind staying in. I have some film I have yet to develop that I’m dying to see so it’s only frustrating in that regard, but obviously the most important thing is staying safe.

When did you first start to create?

I’ve been writing poetry ever since I was gifted a book of D.H. Lawrence poems when I was in the fifth grade. My sister and I grew up making short films. We would each write and direct a short and have my parents judge them without telling them who did which one.

I would guess you were raised in a creative family?

My dad is a musician and an artist. He made really cool Baquiat-style paintings when he was younger. My dad plays bass and is currently in a surf rock band called ‘Chum’. He was in a New Wave group in the 80s when he was in high school called ‘Basic Elements’, then a grunge band in the 90s called ‘Bottom 12’ (there were twelve people in the group). My dad influenced me most as an artist by introducing me to good movies when I was younger. It’s not every parent that shows their seven year old ‘Boogie Nights’ or Robert Altman movies, but seeing these types of movies when I was so young really shaped my taste and I’m forever grateful to him for that.

You also began collaborating with your sister, Kansas, early on?

My sister and I have been working on films together practically our whole lives. We were making all kind of things. Shorts, music videos, mockumentaries, etc. We unfortunately lost them all when our computer crashed. I still struggle with other people seeing my work, especially when it comes it my writing, but I’m excited to release all my work that is currently in post.

I understand said you write everyday, have you ever thought of publishing your work?

I often write just to clear my head, but will also work on poems or scripts for future projects. I’m currently working on compiling all my poetry together to release my first book. I’m not currently working on a novel, though I do have a few short stories and poems I feel I could expand into one.

What writers do you love?

I’ll get on to your work as an actress, but you’re also a documentary filmmaker? Go on.

My background is in journalism so I’ve always been conducting interviews. Documentary work seemed like a perfect way to combine journalism and film. I like to profile people who don’t have that much information out about them. I met Ivy Nicholson, former countess and Warhol Superstar, on the subway in Los Angeles and found her fascinating. I went to her house in Long Beach to interview her for Mondo. I prefer to film documentaries about specific people rather than events. I was the features editor of my high school paper, then once I left school at sixteen, I interned at a magazine and got a job at the local newspaper. I always preferred doing feature pieces, which I get to continue doing with my work as a documentarian, except now I get to pick my subjects opposed to being assigned them, so it’s even better.

I’m obsessed with Les Blank. His films inspired me to do documentary shorts in addition to my features. I love how he films his subjects. He shows exactly what is going on without feeling the need to explain it.

What documentary projects are you currently working on? (or were before the days of COVID-19)

What is your main focus – does acting, filmmaking or writing hold a sway over the other?

I enjoy all three outlets immensely. I love how I am able to make films in between acting jobs, but, again, writing is something I do every single day.

You starred in ‘Once Upon a Time in Hollywood’, as one of the Manson family no less – can you tell me how that came about?

Being in a Tarantino film has been a dream of mine since I was six. My sister and I would act out the sword fight between Uma Thurman and Lucy Liu for our parents and their friends. Quentin is such a nice guy. We approached him at a screening shortly after it was announced he was doing a Manson movie. We just asked him if he thought we looked like Manson girls and he said he’s make sure we were in that audition room. We totally assumed he’d forget, but nine or so months later the casting director called us.

‘Kill Bill’ was the only one of his movies I saw at that age, but I saw ‘Death Proof’ when it was released on DVD. I had to be eight or so. Once I saw that one, I went through them all. ‘Inglourious Basterds’ was his first film I saw in the theatre.

Which of Tarantino’s films are you most fond of?

‘Once Upon a Time…in Hollywood’ is my favourite I think, and not just because of the experience on set. I think the story is really original and heart-warming. The amount of detail that went into the sets is amazing. ‘Death Proof’ is probably my second favourite. I would definitely love to be in a movie like that. Even though he didn’t direct it, ‘True Romance’ is my absolute favourite Tarantino adjacent film, and is probably in my top ten favourite movies of all time.

Yeah, that’s fair. Funny enough, I actually played a Manson girl in a reenactment on the Canadian history channel. I usually get type-cast as that kind of role and I love it.  My sister and I are also often cast together as Grady Twin type characters, or were before she dyed her hair blonde.

Random question, but as I’m currently loving his memoir – would you ever work with Woody Allen?

I would definitely work with Woody Allen. I think he’s a genius. ‘Play It Again Sam’ and ‘The Purple Rose Of Cairo’ and two of my favourite movies.

Would his ongoing allegations put you off?

No, not if I thought them to be innocent, which in this case I do. I feel a great deal of empathy for people who are always made out to be evil in the eyes of the media, and would never let it change the way I treat a person unless I’ve had a negative experience with them myself.

In my opinion, people like Woody Allen and Kevin Spacey have been caught in the crossfire of the ‘MeToo’ movement. How do you feel about it?

I would have to disagree with you about Kevin Spacey, but that wouldn’t keep me from watching a movie he’s been in. And of course the movement is a positive thing. My only issue with it is when people don’t separate art from the artist and refuse to screen a Polanski film, for example. Not that I condone what he has done, but his work should speak for itself. That being said, I think it’s great that people like Harvey Weinstein are being sent to prison and others [like him] are unable to find work in this industry. The ‘MeToo Movement’ has been vital in making the entertainment industry a safer place and I’m very happy to be starting out in a time where people are being held accountable for their actions.

Another topic – you have a great admiration for Abel Ferrara?

‘Ms. 45’ was the first movie I saw directed by him. It blew my mind and sparked my fascination with Zoe Lund, who actually wrote ‘Bad Lieutenant’ along with Ferrera. After that, I would say ‘Driller Killer’ is my second favourite movie of his. I definitely like his earlier work better but am still a fan of later ones like ‘King of New York’ as well as his documentary work.

Do your on-screen experiences ever get under your skin?

I haven’t had the opportunity to play that emotionally demanding of a role yet, but imagine when I do it might be hard to shake the distress after the cameras stop rolling.

Actors have a lot of down time so it’s important to have other hobbies or projects you can work on in between jobs. Obviously, it’s a very competitive industry with a lot of rejection involved, and it’s important to understand you might not be the best fit for every role.

How does an actress deal with rejection, which, there must be a lot of in the film business?

I comfort myself in knowing I tried my best and probably just wasn’t the best fit for the role. The rejection doesn’t bother me, especially because I have so many other projects I’m working on myself.

Do you have any other ongoing acting projects you can talk about?

I’m currently not working right now and auditions have been slow the past two months for obvious reasons, but I’m very eager to work on another film soon. A few projects I’m in are in post, so there’s something to look forward to.

What does a character need to make a part interesting for you these days?

What are your main obstacles as an artist?

Film funding. I shoot mainly on 16mm and the costs add up.

Have you ever had the need for a day job, or has working as an artist always been self-sufficient?

I’ve had jobs before but the last few years acting has paid the bills, but I love to work constantly so if something came along that sparked my interest and had flexible hours I wouldn’t refuse.

And finally, what do you miss most in the days of COVID-19?

I miss taking Townes on playdates with other dogs.

“Some movies I’ve seen for the very first time in quarantine that I recommend would be:

Ladies and Gentlemen, The Fabulous Stains

The Lair of the White Worm

The Day of the Locust.”