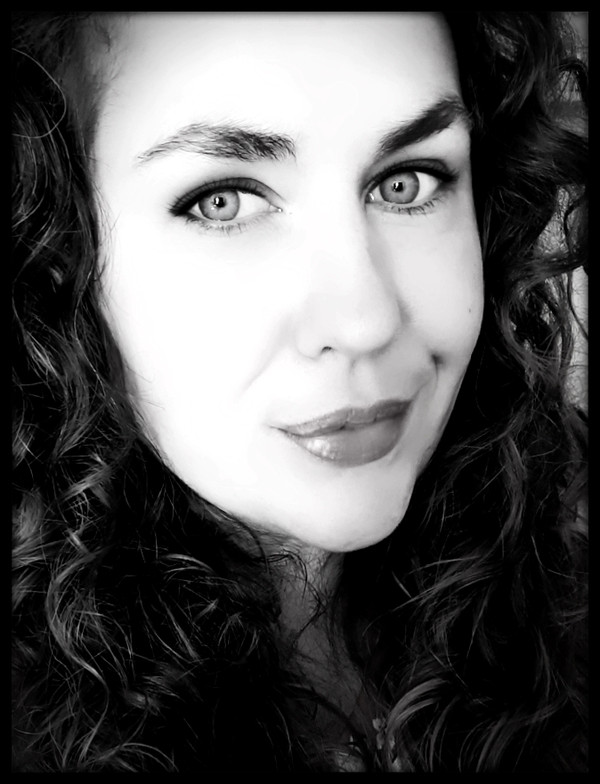 Writer and journalist Fiona Dodwell talks about her ongoing career as a working writer, mother and wife, what draws her to horror as a genre, and her (metaphoric) love affair with Morrissey.

Do you have an optimistic view of the world?

It’s a difficult question to answer, because I’d say that my outlook can change often, depending on my frame of mind, and what’s going on in the world at any specific time. There are certainly moments, in recent years, where I feel deflated when I contemplate the state of our world, and I can’t see much going on to improve that in the near future.

How long have you been writing?

I have loved creative writing for as long as I can remember. I used to write poetry and short stories when I was a teenager and would often bring in my latest creations to my favourite English teacher – who would in turn give me feedback. In terms of when I began taking the pursuit more seriously/professionally, I’d say it was around 10 years ago when I wrote my first full-length novel.

What are your main motivations to write?

There is more than one answer to this. I write both fiction and also write freelance articles/features for various websites and magazines – and there are different motivations for both. For my fiction, it is purely a love of being creative and exploring the art of storytelling. I get a lot from that – to me it’s the nearest thing we have to magic, alongside music. I love getting lost in a new world, and letting my imagination take me to new places. In terms of the articles I write, and the interview features I put together, it’s simply my attempt to put forward open-minded, frank and interesting content that often the mainstream media won’t do. I wanted to work independently, so that I could create something I could be proud of. I wanted to get people thinking a different way and I try to use my articles and interview features to achieve this.

I think the last part of that answer basically summed up the reasons for Felten Ink.

How did your early surroundings and your upbringing influence you as a writer?

I grew up in Milton Keynes, which is about an hour’s drive from central London. I haven’t lived there for many years now, but I still have good memories of my upbringing there. I don’t feel my surroundings had any impact on my writing, because to be quite honest with you, I was always a bit of a loner. Whilst friends were hanging out and socialising, I was always opting to stay at home, with my nose in a book, or a pen in my hand. I could have literally been doing that anywhere in the world – I actually loved being a private and solitary person… that probably helped sharpen my imagination and love of reading far more than my physical surroundings.

What kind of more normal jobs have you had to do besides the not-so one of writing?

I’ve had jobs in the past that didn’t feel right for me. Many years ago I studied Psychology and worked in an acute mental health practise – that was a fascinating career path, and I learned a lot, but it wasn’t something I wanted to remain in long-term. I found it hard to separate myself from what was going on around me and hard to “switch off” when it was time to go home.

Your books tend to come under the horror genre – what is it that draws you there?

Horror is my favourite genre. It has been since I was a child – when I started reading R.L Stine’s Point Horror books – and it remains to be so now. It’s hard to put into words but I just enjoy exploring the dark, mysterious and creepy side of life. I love getting lost in a scary story, it just gives me a buzz. The same goes for horror films, too. I don’t have any interest in literary romance or thrillers or feel-good tales… give me the dark, gritty stuff any day of the week and I’ll be happy.

On horror movies, which of your own works would you most like to see given a visual on screen treatment…

One of my books has been optioned for film in the past, but unfortunately it never came to be. Perhaps it will happen one day – I have had interest from a producer/director that I very much admire so you never know. If I had to pick, I’d say Nails, Juniper’s Shadow or The Given.

Are your books or writing based on your own experiences and how much do you take from real-life and place?

None of my fictional writing is based on true-life. As most of my stories tend to be strange tales of ghosts, demons and all sorts of mythical beings, it all comes from my imagination. Having said that, I have had weird experiences in life – inexplicable events – that have probably planted little seeds of inspiration. As for my articles and freelance work, that’s rarely about me, I often explore subjects (and people) I admire or want to learn more about and go from there.

How does being a mother and a wife impact the ability to sit down and be alone with your ideas you want to write?

My husband is greatly supportive of my writing and to be honest, he gave me the initial momentum for my writing by inspiring me and encouraging me to carve out time to do it. It might be because he is a creative soul himself – he plays piano and guitar and is in love with music. He said he saw potential and told me to go for it – so I did. As for being a mother, of course it definitely has an impact on my time (and energy levels) however I’ve still managed to maintain a healthy dose of independent time to be creative. If something is important, you’ll always find a way.

I have to ask you about Morrissey, after all, you drew my attention with your interviews and I’ve been following you on social media ever since. What do you think that’s so divisive about him among people?

I think Morrissey is seen by some as a “divisive” figure because there simply is no one else out there like him, being so truthful, so open, so willing to discuss things that others won’t. He doesn’t pander to the press, he doesn’t bind himself to the apparent “boundaries” that other artists apply themselves to (out of fear of being controversial or opinionated). He is a rarity, a non-conformist, and because of that, people are sometimes shocked. Wow – a singer with an opinion? Aren’t they just supposed to stand there and inoffensively nod along? No, Morrissey has never been like that and it’s one of the reasons I admire him. There are few like him out there, we should treasure the braver souls amongst us.

What was the initial attraction for you?

First and foremost it’s about the music. That’s the main thing. He is an absolutely outstanding artist, entirely in a league of his own. I know I have spent many years with his music as the “backdrop” to my daily life and so his lyrics, his albums, are very special to me. Then, as we discussed above, there is his confidence and willingness to be bold and strong in the face of some really bad treatment from the mainstream media. That’s something I admire, more than I can express. I get bored of people who try to blend in, or who baulk at the idea of standing-out. It excites me when I see somebody who is willing to go against the grain, and let’s face it, Morrissey does this often. Alongside all of this, I’ve always admired his stance on animal rights.

Why do you think certain elements of the press now take such an unfavourable stance towards him?

I think it’s a combination of lazy journalism, lazy thinking and the hunger to be seen as “politically correct” in a climate where being offended is the fashion. Rarely does the mainstream press actually stop and examine why Morrissey says what he says, they just seem to take a line or two and then run away with their own story.

I find myself agreeing with him more than anything else, but I’d be appalled to be labelled ‘far right’…

It’s the names and labels that do the most damage. If you call somebody “far right” or “racist” then you have blocked the debate at hand, and stopped people examining the specific issues that are being discussed. Plenty of times, Morrissey has made valid points or issues that are relevant, yet what he says isn’t dissected, it’s people’s opinions about what he says that are instead dissected. Why are the mainstream so afraid of actually discussing what he says with level-headedness? Why does everything have to come down to name-calling, immature headlines and mud-slinging? Nobody needs to agree with what another says to at least respectfully hear them out.

Back to your own work…What’s going on for you right now?

I finished a book called The Risen last year (you guessed it – another horror) and Arcanum Press have signed a publishing deal with me for that title. It will be published in a few months… probably September 2020, if all goes to plan. I will continue writing my articles and putting together interesting interviews/features. My work will often pop up on Made in Shoreditch Magazine, Tremr, Music-News, Kendall Reviews, and various others. I also run my own blog, but this has been neglected lately. My fiction writing has taken a back-seat in the last couple of years. I think this is because I have really become passionate about writing my articles and topical features for the websites I contribute to. I think the internet has put a stop to the mainstream press being the only voice out there – people can now carve out their own voice/style/message and communicate it to an audience. At last there is competition to the stale narrative of the mainstream press. I haven’t given up on my fictional writing, though. After The Risen is out there, I hope to write another full-length story, and will probably be publishing some short stories too.

And Fiona’s books are available to purchase on Amazon