Isaac Cordal: “I miss a dose of positivism to create a new inertia in the world.” 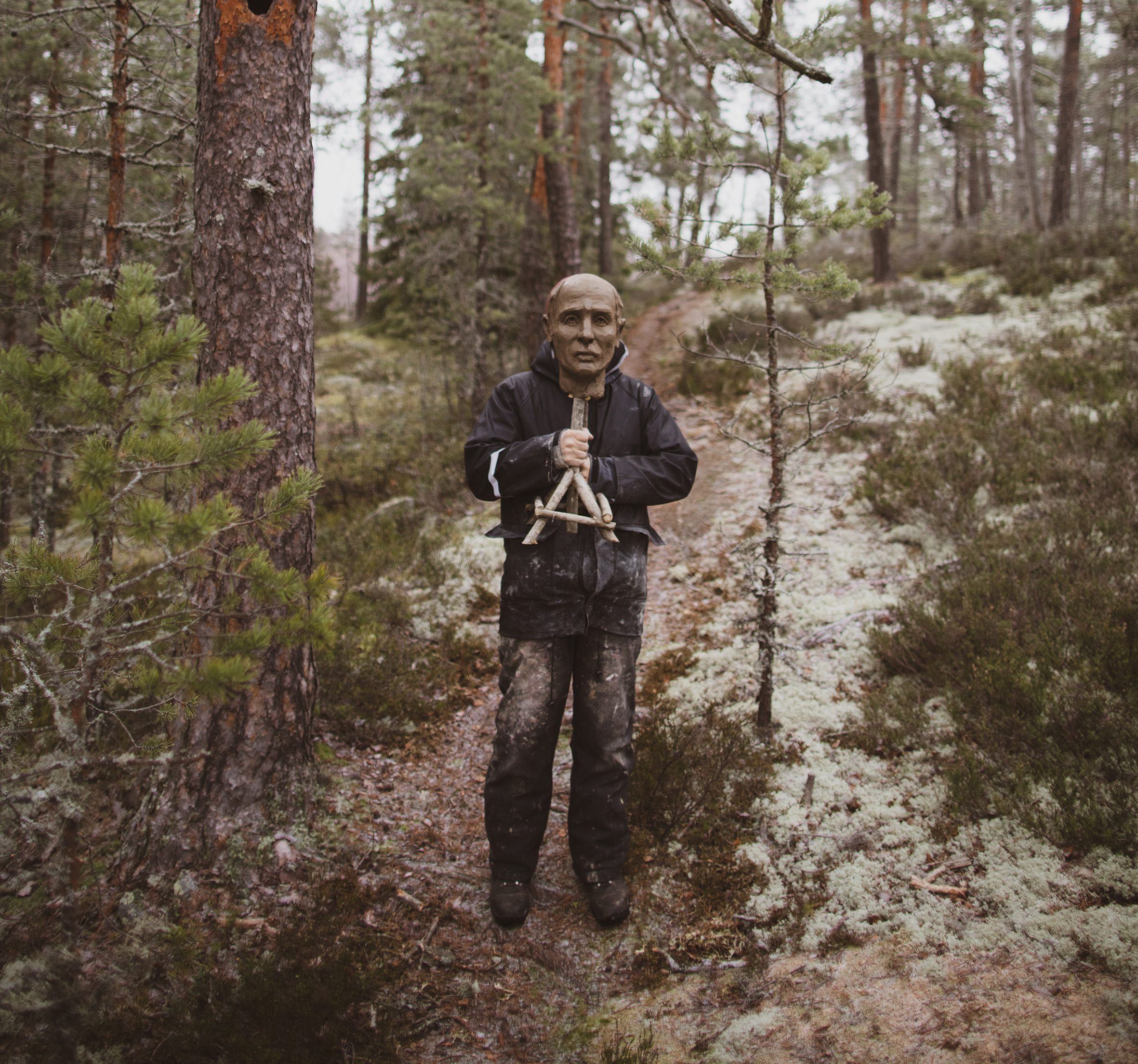 Isaac Cordal is a Spanish artist who finds inspiration for his sculptures on the streets. Is he commenting on homelessness, architecture, capitalism or middle-aged patriarchy? Felten Ink chatted to the man himself to find out what was going on.

Your art is fascinating. Tell me about how you started working in the way you do – you’ve said previously that it came about by accident?

By that I meant my relationship with urban art which was a bit casual. I had been making smaller and smaller sculptures in my studio for some time, and I thought it would be a good idea to integrate them with the urban space. The material I was using was cement and it seemed to me that it made sense that they should be in the city as their natural space. Cement seemed to me a very symbolic material because it one of the footprint that betrays us in front of the nature. 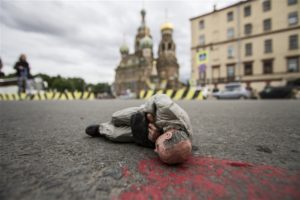 Why did you start to use figurines as a key element of what you produce?

Working in sculpture logistically is complex. I thought that reducing the size would allow me better mobility and conceptually it works well. The project was intended to be a critical reflection on our idea of progress. I chose to stereotype middle-aged business man as a metaphor for decadence, patriarchy, power…My interventions try to become a reflection on the side effects of our idea of progress. Cement Eclipses refers to when a building blocks the sunlight and we stay in the shade. It seems that more than ever we live trapped in that shadow.

How long have you been experimenting – since childhood? What were your early instincts?

Since I was a child I have been intermittently connected to drawing, music and ceramics, as my mother was a ceramist and sometimes helped her in her workshop. Maybe school, high school, all that industrial education limited us in the sense of creation. Early instincts? Well, I remember pen comics that were quite macabre.

It’s cliche but what influences your work?

Inspiration has a lot to do with everyday life, both what happens around the corner and in remote places. There is a constant bombardment of events and the media distort reality, I miss a dose of positivism to create a new inertia in the world. I am basically influenced by everyday experiences, books, films, art … inspiration is something complex, without an appointment. 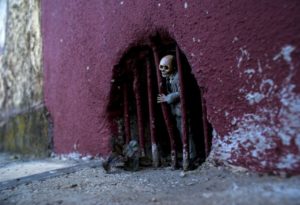 Tell me about your locations, such as New York, in relation to your work.

Cities today are quite similar to each other, so much that we might transit them and think that each one is a neighborhood that continues into the other. Gentrification and tourism tend to turn cities into amusement parks, they lose their personality and their urban centres tend to become a kind of open-air shopping mall. In other cities the centre tends to disappear, it becomes a spectral and decadent place. I think my interventions work in those abandoned spaces that dot the urban environment. I’ve had the opportunity to do some things in NY but always ephemeral. I would like to do something more permanent.

Is there any place you would love to work in, to take your sculptures to?

I would like to go to many places, the list is endless, but maybe Tokyo, Hong Kong and back to Latin America.

Do you subscribe to the notion that you’re a street artist? It seems to me that photography is also a huge part of your work…

I basically consider myself a sculptor. At first I used photography to document my installations but little by little I realized that the images alone perfectly summarized the themes I wanted to deal with, so it became an important part of my work. There are some installations that I make just to take a picture and talk about a specific subject, the search of an image as a final work. And in other occasions the photography works as a document of an installation where the sculptures are the essential part.

Tell me about working in public spaces – there must be alot of challenges to deal with?

In the city there are a lot of visual stimulus, especially advertising, and I think it’s interesting to introduce other kinds of details, even if they are subtle and small, that can change our perception. Nowadays we interact little with the urban space, everything is forbidden or about to be forbidden. When you work in public space it’s complex to control what’s going to happen, it’s part of the game. There are multiple factors to take into account. I am interested in the sculptures staying as long as possible in their location so I place them at a certain height so that they are not too accessible. They disappear for various reasons, as you say, the public interested in them, the cleaning services, … is part of a cycle of survival of these objects that we add to the urban furniture. Some installations are ephemeral to take pictures that reflect on a specific topic. Other installations claim to be more permanent and that is when I place the sculptures on top of the walls, cornices, windows, cables … In some cities, sculptures have a longer life than others. In some places the sculptures are well camouflaged and can spend years without even being seen. When you do something in the public space everything becomes uncontrollable.

Why are street landscapes important to you and how you work?

The space has an essential role as it is what gives meaning to the sculptures. The same sculpture depending on the space and its location can change its meaning. I usually choose spaces that are a kind of zoom, a macro universe, generally with a certain dose of decadence. I use windows, cornices, cables, walls, holes … a residual architecture that serves as a shelter for the sculptures.

You’ve spoken before about the rich and the poor being ‘visible’ – homelessness maybe – why are these themes important to you?

I think it is important not to lose the capacity for self-criticism and to reflect on everything around us. I think we should take a step back and contemplate the trail that progress has left in its path. It is a quite desolate landscape and capitalism is its creator.

Is your work political?

I think politics is in everything. Every little everyday act is subject to its pervasive power. We’ve had presidents who were actors, showmans, rich kids, … nothing can surprise us anymore, right?

Do you think these days politics is just another form of business?

Obviously there are different politicians in the “market”, right?. In a way I think it is a business, or at least it favors the business of the elites, you just have to look at the “rotating doors” from the public to the private sector. Perhaps in the past there were certain politicians with a more vocational profile, with values, today I think it is very different and does not look like improving.

How much time do you spend in the studio before you go out into the real world – whats the process like and whats your schedule?

In my studio I model the pieces in clay, polymer clay or plasticine. Then I make a silicone mold and strain them into different materials. The time to produce the pieces depends on their complexity, but in general I am quite slow when producing. The process of working on the street is a mixture of research and casual encounters. Sometimes I see a place and it suggests to me to create a scene. Other times it’s a more random process. The ideas I use usually suggest a specific space and sometimes it takes me a while to find it, or it just doesn’t work out what I had planned. It’s a drift in the city.

It wasn’t exactly an exhibition. I was invited to an art residency and had the opportunity to do some ephemeral street installations and take some pictures. 2020 looks interesting. I’m already working on new projects in my studio, see what comes out of it. I’m also curious.